Earlier in September, Facebook announced that the Social Network site has been hacked. It reported that an estimated 50 million users might have been affected. The attackers were said to have exploited a vulnerability in Facebook’s code. The vulnerability was the result of a complex interaction of three distinct software bugs and it impacted “View As,” a feature that lets people see what their own profile looks like to someone else. It allowed attackers to steal Facebook access tokens, which they could then use to take over people’s accounts.

However, On Friday, October 12, Facebook released an update on the extent of the hack and how users can find out if they were affected. The Social media giant on Friday has now declared that 30 million users were affected by the attack. That is 20 million fewer than earlier stated.

Breakdown and Distribution of the Attack

Experts have analyzed the attack of the 30 million as follows:

For 15 million people, attackers accessed two sets of information – name and contact details (phone number, email, or both, depending on what people had on their profiles).

For 14 million people, the attackers accessed the same two sets of information, as well as other details people had on their profiles. This included username, gender, locale/language, relationship status, religion, hometown, self-reported current city, birth date, device types used to access Facebook, education, work, the last 10 places they checked into or were tagged in, website, people or Pages they follow, and the 15 most recent searches.

For 1 million people, the attackers did not access any information.

Alert For Affected and Unaffected Users

Affected users should be on the lookout for unwanted phone calls, text messages, or emails from people they don’t know and attempts to use their email address and phone number to target spam or attempts to phish for other information. Facebook users should also be wary of messages or emails claiming to be from Facebook, the company said. Facebook also has a feature that helps you find out all your data that is with Facebook since you started using it, check here

This week, Google acknowledged that half a million accounts on its Google + social network could have been compromised by a software bug. 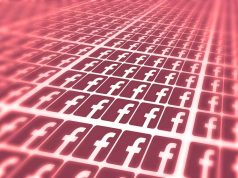 How to check if your Facebook data was Leaked

What is eSIM and How does it work?