You have probably heard of 1G, 2G, 3G, 4G and more lately the rumoured 5G Phone Network Technology. And you may have wondered, what do all the different categories of technology means and what are their differences? In this article, I will explain all these in the simplest terms anyone can understand, so follow along and let’s go on.

What does the “G” stand for?

To start with, it’s important to know what the ‘G’ in all the categories stands for. G simply stands for GENERATION which indicates how they have evolved over time. With this we can understand that all the technologies represent the Generation of their use, that is, 1st generation for 1G, 2nd Generation for 2G and goes on like that to 5G. Each generation is supposedly faster, more secure and more reliable. Now let’s take them one after the other.

1G was never widely used as a term to describe wireless phone technology until 2G was available. It is the first generation of wireless telephone technology. These are the analogue telecommunications standards that were introduced in 1979 and the early to mid-1980s. Being an analogue technology means the phones generally had poor battery life and voice quality without much security. Basically, simple phone calls were all it was able to do. The maximum speed of 1G is 2.4 Kbps (Kilo-bits per Seconds).

This was the biggest transition in wireless phone technology, changing from analogue (1G) to Digital (2G). The digitization in 2G introduced data services for mobile, starting with SMS (Short Message Service) and plain text-based messages and enabled the various mobile phone networks to provide services such as text messages, picture messages and MMS (Multimedia Message Service). This generation of cellular telecom networks was commercially launched on the GSM (Global System for Mobile) standard in Finland by Radiolinja (now part of Elisa Oyj) in 1991. The maximum speed of 2G with General Packet Radio Service ( GPRS ) is 50 Kbps or 1 Mbps (Mega-bits per Seconds) with Enhanced Data Rates for GSM Evolution ( EDGE ).

Note: Before making the major leap from 2G to 3G wireless networks, the lesser-known 2.5G, and 2.75G also exists as a standard that linked them.

Now, this is where it all gets more interesting. With a 3G wireless network comes many data services we’ve come to know and love, Web browsing, email, video downloading, picture sharing and other Smartphone technology to mention a few. It was introduced commercially in 2001 with the aim of facilitating greater voice and data capacity, supporting a wider range of applications, and increasing data transmission at a lower cost. 3G technology provides an information transfer rate of at least 200 kbps. These, of course, it has done well. Before the leap to 4G there are:

These provide mobile broadband access of several Mbps to smartphones and mobile modems in laptop computers. They were designed to provide better performance than 3G systems and as a step towards the deployment of full 4G capability.

As expected, it is an improvement on 3G. And 4G is built for a speed of at least 100 Megabits per second and up to 1 Gigabit per second.  4G also makes it possible to share the network resources to support more simultaneous connections.  Potential and current applications include amended mobile web access, IP telephony, gaming services, high-definition mobile TV, video conferencing, 3D television, and cloud computing. Like 2G and 3G, 4G also has another interim standard before taking the leap to 5G. This is 4.5G. It provides better performance than 4G systems, as a process step towards the deployment of full 5G capability. The technology includes:

5G is a generation currently under development. It denotes the next major phase of mobile telecommunications standards beyond the current 4G.  According to Next Generation Mobile Networks Alliance, we can expect that new technology to be rolled out around 2020 but in this fast-paced world, it will probably be much sooner than that.

5G network is expected to support Data rates of several tens of Mbps should be supported for tens of thousands of users, and also 1 Gbps to be offered, simultaneously to tens of users, as part of its requirements.

The image below summarizes the major differences between 1G, 2G, 3G, 4G, and 5G technology.

Which of these generations of wireless phone technology do you enjoy using and what are your expectations of the next generation, 5G? Share in the comment below.

Do well to share this article using the social icons below. 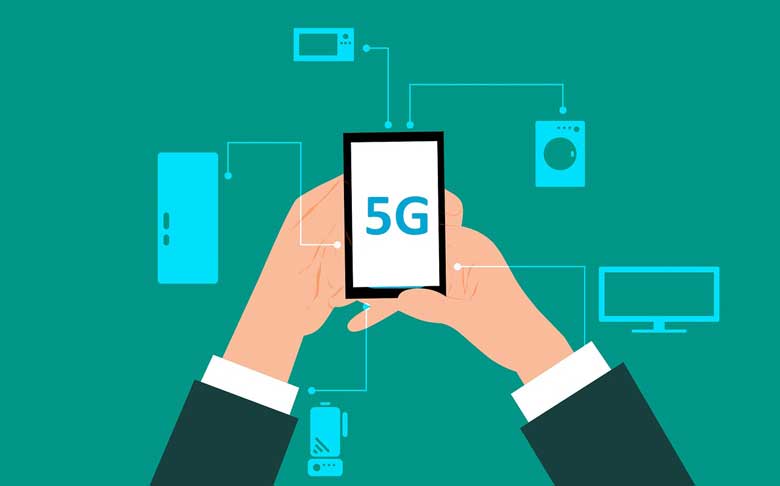