With the Marvel Studios and Walt Disney’s Avenger : Endgame in Cinemas around the world, Google has a surprise for you that allows you to play with the Thanos Gauntlet.

Head to Google, enter the word ‘Thanos’ in the search bar, tap the Gauntlet and see the surprise Magic (you can do that now before reading on to see it yourself )

Upon clicking the Gauntlet, you hear a snapping sound while observing the Thanos Gauntlet snapped, wait a few seconds and see how it takes control of your search results, whipping them out. To see them against, just tap/click the Gauntlet again.

It’s all part of the excitement surrounding the Marvel movie that’s out this Friday.

The highly anticipated sequel to last year’s “Avengers: Infinity War” is already on track to have the highest-grossing opening weekend in box-office history and globally.

That record has been held by last year’s “Infinity War,” which opened at $258 million in North America and $640 million worldwide.

Search What You See Using Your Camera With Google Lens 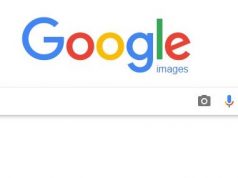 How To Search Google With An Image

Chinese Scientist Who Claimed to Have Created the First Genetically Engineered...